Will Tudor cast as Sebastian in ‘Shadowhunters’

Here we are, Shadowhunters! We finally meet one of the main antagonists of The Mortal Instruments series, Sebastian Verlac.

TV Line is exclusively reporting that actor Will Tudor will portray the villain. We will see him first later this year in second half of the sophomore season. 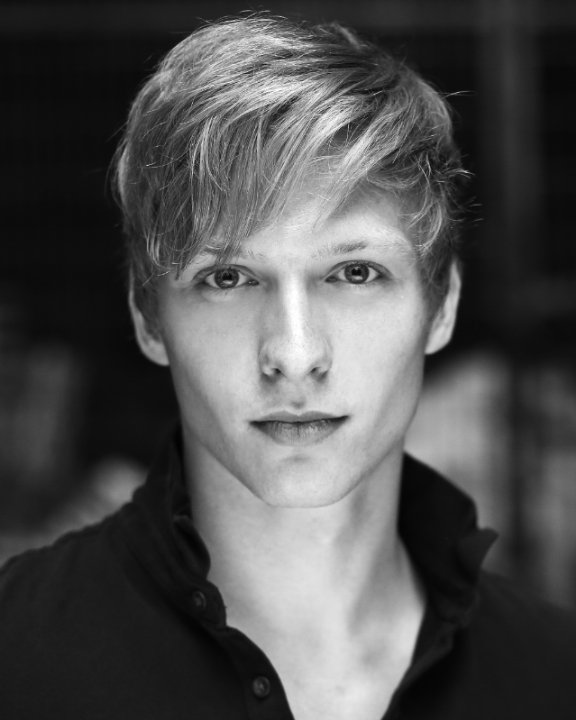 As with the many changes from book to screen, the character of Sebastian will be different too.

“We really put our own spin on him the character,” Slavkin says, though he wants any further specifics to remain a surprise for fans. “As we’ve done with all the episodes you’ve seen, we’ve always had our own spin on everything, and Sebastian is no different.”

If you think he looks familiar, you may have caught a glimpse of him in Game of Thrones as Olyver.

What do you think?

Shadowhunters! The official book trailer for the final The Mortal Instruments book, City of Heavenly Fire, is here. Featruing voice over from Game of Thrones actress Sophie Turner, the trailer includes a very famous line from Romeo and Juliet, and features a very WHAT IS HAPPENING kind of heavenly fire scene.

Check it out below:

This entry was posted in The Mortal Instruments, Video and tagged city of heavenly fire, clary fairchild, game of thrones, jace herondale, romeo and juliet, sophie turner, the mortal instruments.

Partial guest-list for City of Bones LA premiere is out!

A partial guest-list of the attendees at the City of Bones world premiere in Los Angeles is out, courtesy TMI Source, which you can read below:

Set in contemporary New York City, a seemingly ordinary teenager, Clary Fray (Lily Collins), discovers she is the descendant of a line of Shadowhunters, a secret cadre of young half-angel warriors locked in an ancient battle to protect our world from demons. After the disappearance of her mother (Lena Headey), Clary must join forces with a group of Shadowhunters, who introduce her to a dangerous alternate New York called Downworld, filled with demons, warlocks, vampires, werewolves and other deadly creatures. Based on the worldwide best-selling book series.

Key cast members including Jemima West (Isabelle Lightwood) and Lena Headey (Jocelyn Fairchild) are missing from the list. Both the actresses will be filming other projects outside the US, Jemima in France and Lena in Iceland for Game of Thrones.

As a fan of Game of Thrones, I really don’t know if I’m excited to see Lena return as Cersei Lannister or disappointed she won’t be at the premiere. Either way,  the list is partial and many more guests will be on their way.

With only about two months to go for the much anticipated release of The Mortal Instruments: City of Bones, promotion is in full gear. Author Cassandra Clare and City of Bones actors Jamie Campbell Bower and Lena Headey (still not over seeing Cersei Lannister as a redhead!) will be attending an exclusive Mortal Instruments panel at the London Comic Con on Saturday, July 6.

To celebrate the announcement of the release date and new trailer for MORTAL INSTRUMENTS, the 2013 London Film and Comic Con is proud to host none other than JAMIE CAMPBELL BOWER, CASSANDRA CLARE and of course, LENA HEADEY for an EXCLUSIVE MORTAL INSTRUMENTS PANEL taking place on Saturday.

Tickets will be free and will be given out on a first come first served basis on Saturday morning.

Who knows, there maybe some more exciting announcements related to this just around the corner…

Jamie Campbell Bower and Cassandra Clare will be signing for free after the Mortal Instruments Talk. Your talk ticket will act as your ticket to join the signing queue so please keep hold of it. We will be calling you in groups just like a regular virtual queue, 1-30, 1-60 etc

This signing is for a limited time only and while both Jamie and Cassie will try and get through as many of you as they can, there may not be time to see you all. Anyone with a ticket of 400 or higher will be warned that they may not get seen.

Jamie and Cassie will be signing 1 item per person on presentation of a valid talk ticket.

Entry to the panel is free but you need to buy tickets for the convention. You can buy them on location, or online here at the official website.

This all sounds so exciting! After so many years since the first book came out, we’re finally here – conventions and signings with Cassie and the actors. Will you be attending the convention? In addition to our fandom, there’s a lot of stuff going on particularly with Game of Thrones and Doctor Who.